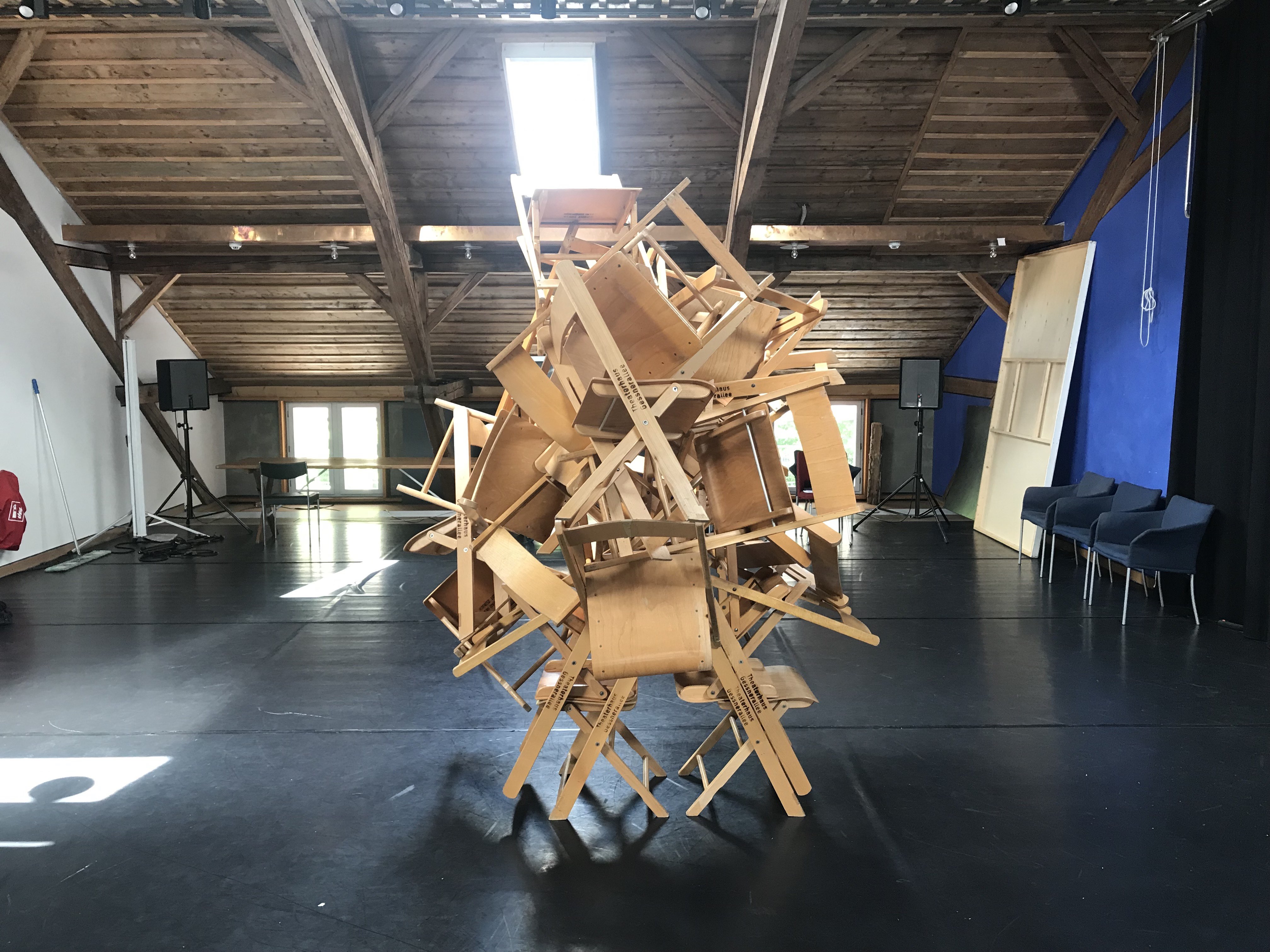 Three overlapping part-concerts of one “meta-composition” build the upcoming season of Zurich-based Ensemble Tzara. They intertwine music with Friedrich Nietzsche’s philosophy. As a collaborative project, the members of the ensemble, performer Malte Scholz, but also the audience will be involved during the concerts. Patrick Frank, composer, cultural theorist and curator of the season, together with Moritz Müllenbach of the Ensemble Tzara, describe their project in this article.

The renewed strengthening of hostile opposites, clearly reflected in the omnipresent populism, puts naysayers in the spotlight. By cleverly breaking taboos, they know exactly how to attract public attention. We are currently stuck in such a – populist – phase, in the aftermath of the global reorganization following the fall of the Berlin Wall in 89′ and the digital revolution.

Reason enough to re-read Nietzsche, who analysed naysayers as well as their way of shaping Western culture and – so to speak – “inventing” resentment. What we experience today is therefore nothing new. Nietzsche, on the other hand, fought for the right of the ‘Yes-Sayers, whose YES would become a culture of creators and self-achievers, with no need of rejecting the foreign or the unfamiliar.

The book ‘Nietzsche and philosophy’ by French philosopher Gilles Deleuze (1925-95) is to be considered the starting point of Ensemble Tzara’s 19/20 season programme and namely its chapter “Religion, Morality and Insight”.

The curatorial task has been approached as a composition itself, or more precisely a “meta-composition”. For this reason, the season programme was conceived as a concert in three separate parts. The three parts are dedicated to Deleuze’s chapter “Religion, Morality and Knowledge”, which we related to the state of avant-garde music: religion becoming the law of truth, morality the law of critique and insight the law of structure, which led to the following decisions:

The three parts will be performed in the three different ‘spheres’ of nature, privacy and public space: in Zurich’s Stadtwald Käferberg, in a private living room and finally in the Gessnerallee theatre.

The performed works won’t always be played entirely, but instead mostly distributed among the entire meta-composition (the seasonal programme).

The first part will feature works by Franz Schubert, Galina Ustwolskaia, Olivier Messiaen, Trond Reinholdtsen (UA) and Arvo Pärt. What exactly will be performed in parts two and three and will make it to the stage – or the living room – however, is only decided during part one. The meta-composition’s development (videos, texts, audience decisions, dates, times and places) can be followed on Tzara’s homepage and on their neo-profile.

Parts one and two will be filmed and the recordings partially integrated into the following part:  From part two onwards the live played music is alternated with video recordings (from the previous parts). The audience will be involved in shaping the parts to come.

Thus a plural meta-composition was and is created, trying to match the plurality in Nietzsche’s conception.